Mr. Yoder has worked to secure guidance on the use of tribal corporations, enterprises and LLCs, on developing better guidance on minor’s and adult per capita trust options, and to secure federal legislation and regulations that preserve tribal sovereignty and government status under ERISA, the Internal Revenue Code and other federal statutes.  Most recently, he has worked with the Native American Finance Officers Association and the National Congress of American Indians on comments for the Department of Treasury’s tribal consultation project.  Mr. Yoder also works on tribal health care matters and tribal health care reform. 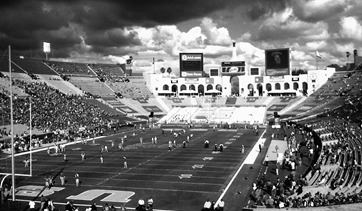 The firm's mission is to advise governments on employee benefits, taxation law, trust, and health care issues in a manner that will coordinate federal regulation with governmental sovereignty.

Yoder & Langford also represents municipal governments with regard to the tax compliance aspects of their public pension plans. ​

Catherine L. Langford received her undergraduate degree from Rutgers University, with highest honors, and juris doctor from the Syracuse University College of Law, cum laude, where she was inducted into the Justinian Honorary Law Society.  Ms. Langford joined the firm in 2001, after practicing for many years with Arizona’s largest law firm, Snell & Wilmer, L.L.P.  Ms. Langford practices exclusively in the area of employee benefits and related tax matters.  Working with a diverse group of clients, Ms. Langford focuses on compliance and correction matters involving tax-qualified retirement plans.  In addition to drafting and maintaining tax-qualified retirement plan documents, Ms. Langford has successfully negotiated several plan correction applications with the Internal Revenue Service, including one of the most complicated plan correction applications ever submitted to the IRS.

Ms. Langford is a past member of the Board of Directors of the Western Pension and Benefits Conference - Phoenix Chapter.  She is a frequent lecturer on employee benefit issues.​